Rugged LCD Display Systems That You Should Certainly Buy

Home > Rugged LCD Display Systems That You Should Certainly Buy 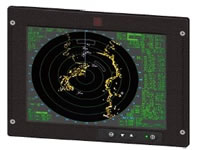 Display systems are increasingly becoming popular today. Their usage has been extended to all fields including business, medicine and education. But, they are even more important in the military. But, many rugged LCD display systems are available today. Each of the choices that are available on the market comes with pros and cons. As a customer, you are supposed to take into account both the pros and cons of the system. If the pros outweigh the cons, you can certainly buy such rugged systems. In general, rugged display systems that are worth buying are associated with certain attributes. Here is a look at some of the most notable attributes that are associated with RUGGED MIL PANELS.

Able To Work In Any Kind Of Environment

This is one of the most important attributes that are worth taking into account when buying any Rugged LCD Displays. The simple fact is any LCD display device is meant for a specific purpose. Put simply, it is modified to operate under certain conditions often referred to as the optimum conditions of operations. But, it the optimum design conditions must be vast enough to accommodate the most common environmental conditions including the harsh ones. This is the only way you can maximize the usage of such a device.

Optimum Performance In All Situations

For a display device, the need to offer optimum performance cannot be over stressed. It must be able to offer a remarkable performance in all situations. This applies to any kind of display device including the LCD display devices that are meant for the military. Optimum performance in all kinds of situations can actually mean a lot of things. It can refer to the ability of the device to respond quickly to the input of data and to process that data as often as the need arises. Irrespective of what it refers to, it is an important functional aspect of any rugged LCD devices which has to be taken into account at all times.

Clarity is another important issue worth bearing in mind when buying any rugged LCD system. Especially for military devices which are used during the planning of a military operation, the need to have an LCD rugged device which is able to produce high quality images cannot be over stressed. Further, the device is also supposed to last for many years.